O.T is an installation composed of different types of slide projectors, positioned next to each other.

Each has a slide with a piece of plain tin foil pierced by a small needle. The light passes through the holes and is projected on the wall. This creates a kind of cityscape, as if one were standing on a hill in Rome and looking out over the city – or flying to Los Angeles. Although all the projectors use the same type of lamp, the color of the light hitting the wall differs from machine to machine, ranging from very white to very yellow, much like the different types of lights in a city. The ventilation of all the projectors produces a permanent but somewhat distant sound. 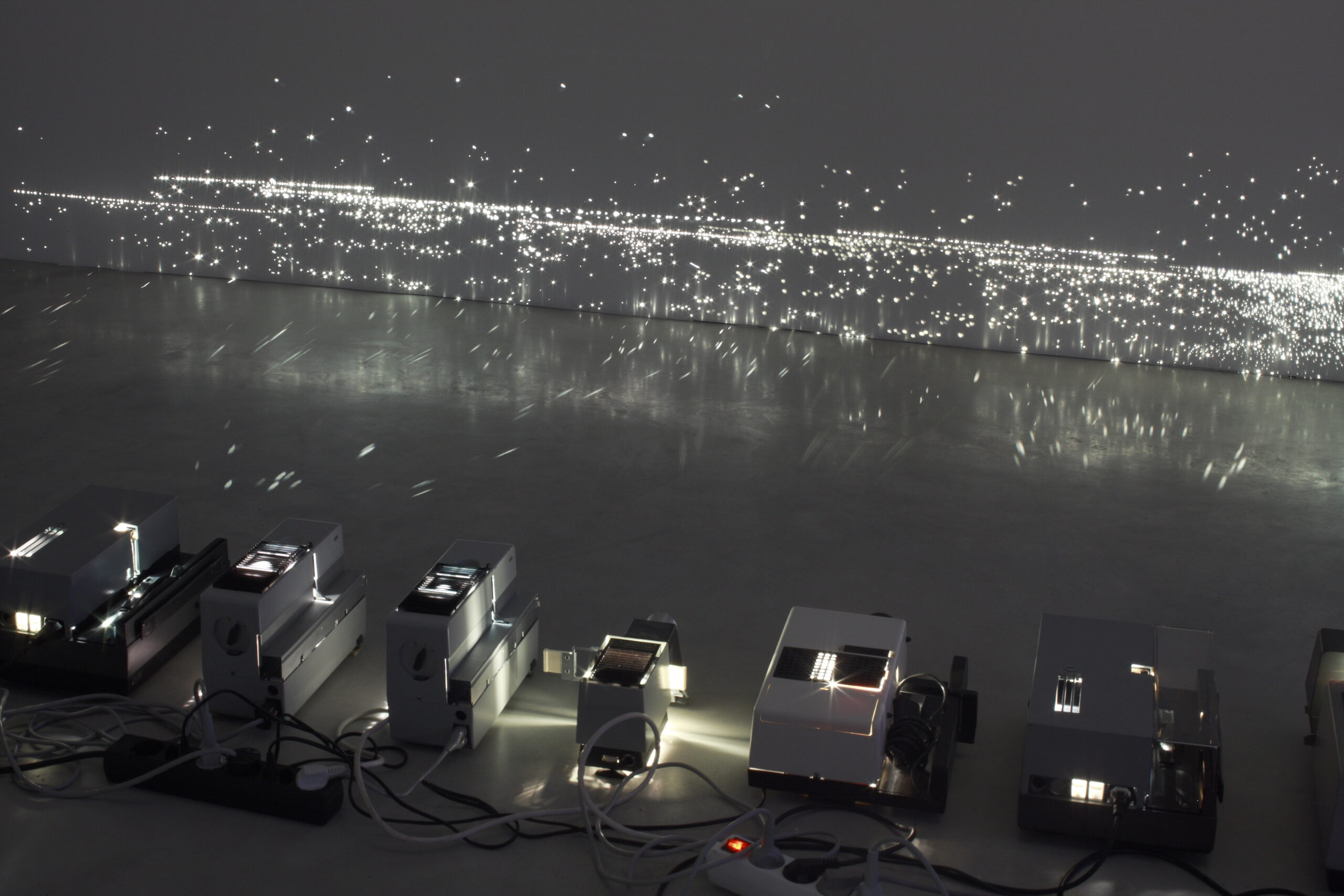 Born in Kaufbeuren near the Bavarian Alps, Ulrich Vogl lives and works – interrupted by longer stays abroad – in Berlin. Vogl studied fine arts at the School of Visual Arts in New York, the Berlin University of the Arts UDK and the Academy of Arts Munich. His work has been shown worldwide and in over 30 solo exhibitions throughout Europe. He has received numerous scholarships and awards and his work can be found in private and public collections in Germany, Italy, Poland, Greece, Ireland and Spain.

Vogl’s primary means of expression are installations, sculptures, and wall works. Some of them are movable, some work with shadows and projections, often they are cinematic or time-based, low-tech, a few produce sounds. Some are nothing more than a slightly altered version of the original object. They can be tiny or large, inward-looking or expansive. When the works succeed, Vogl refers to them as “cognitive catalysts.” 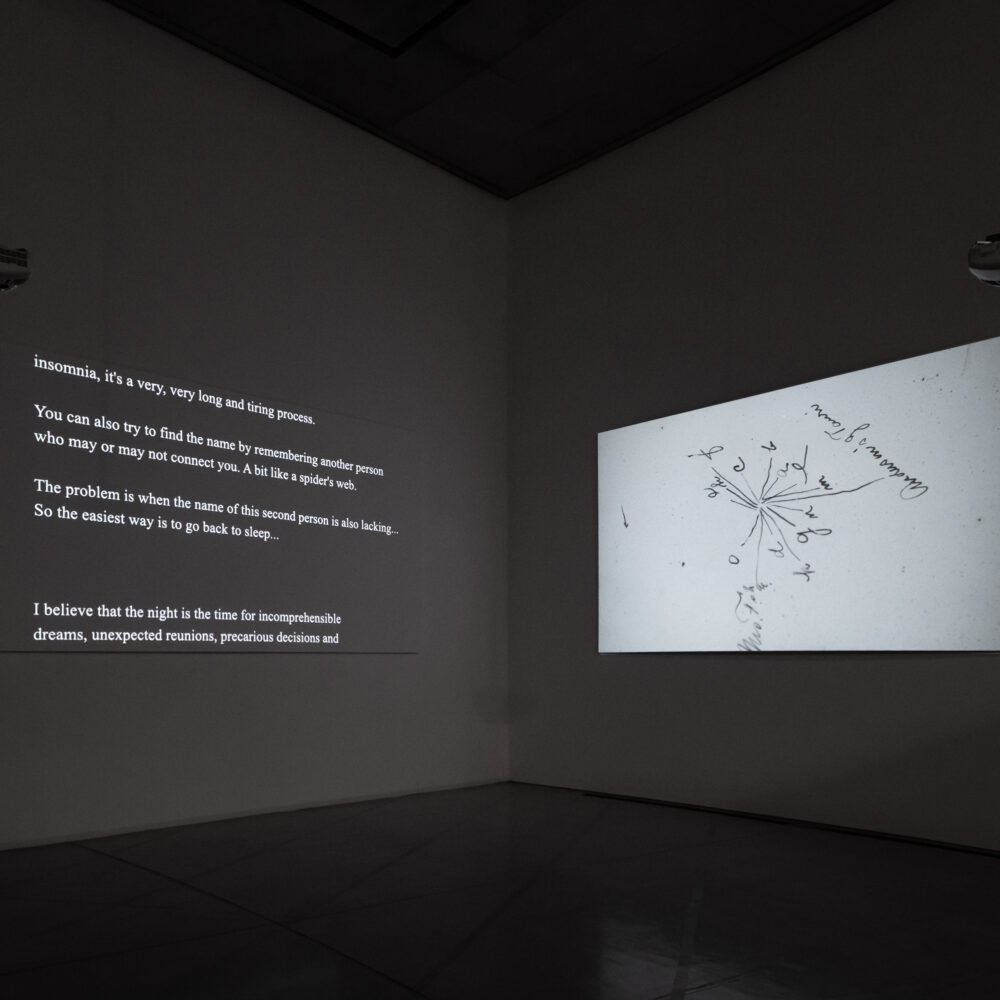 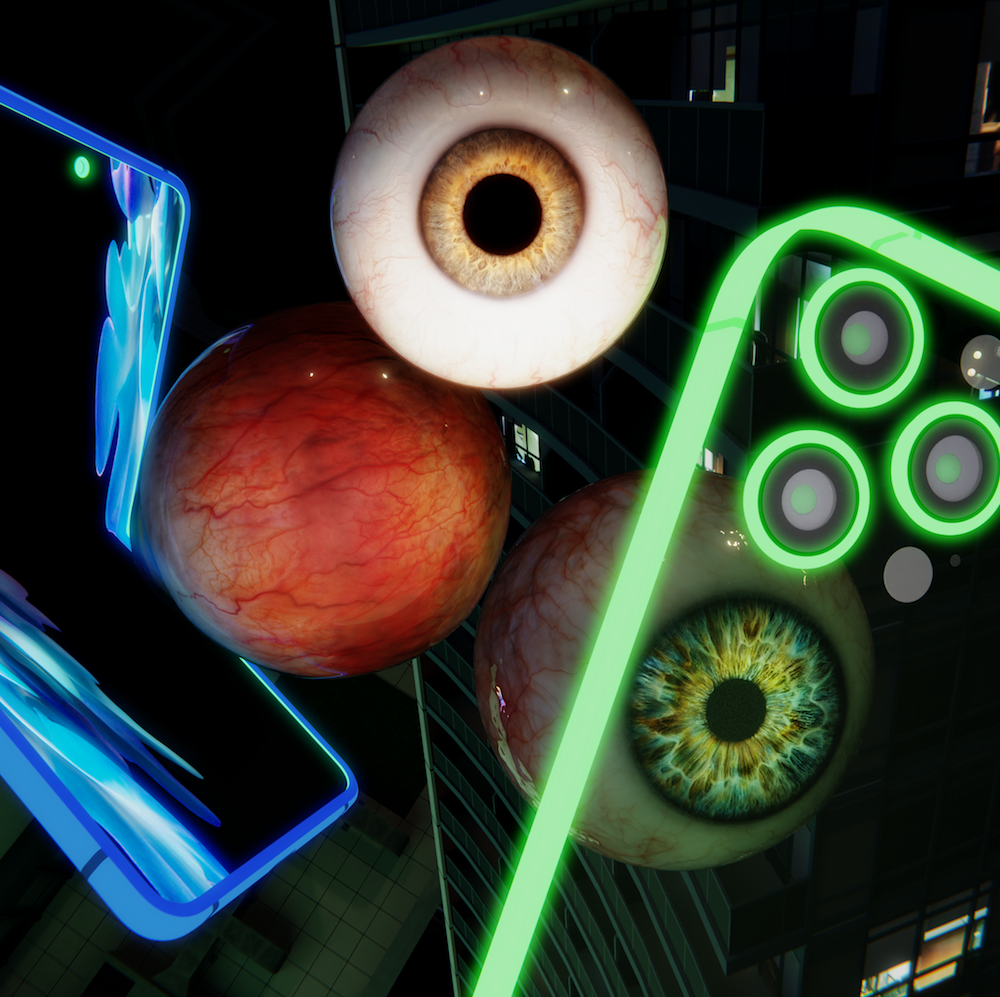