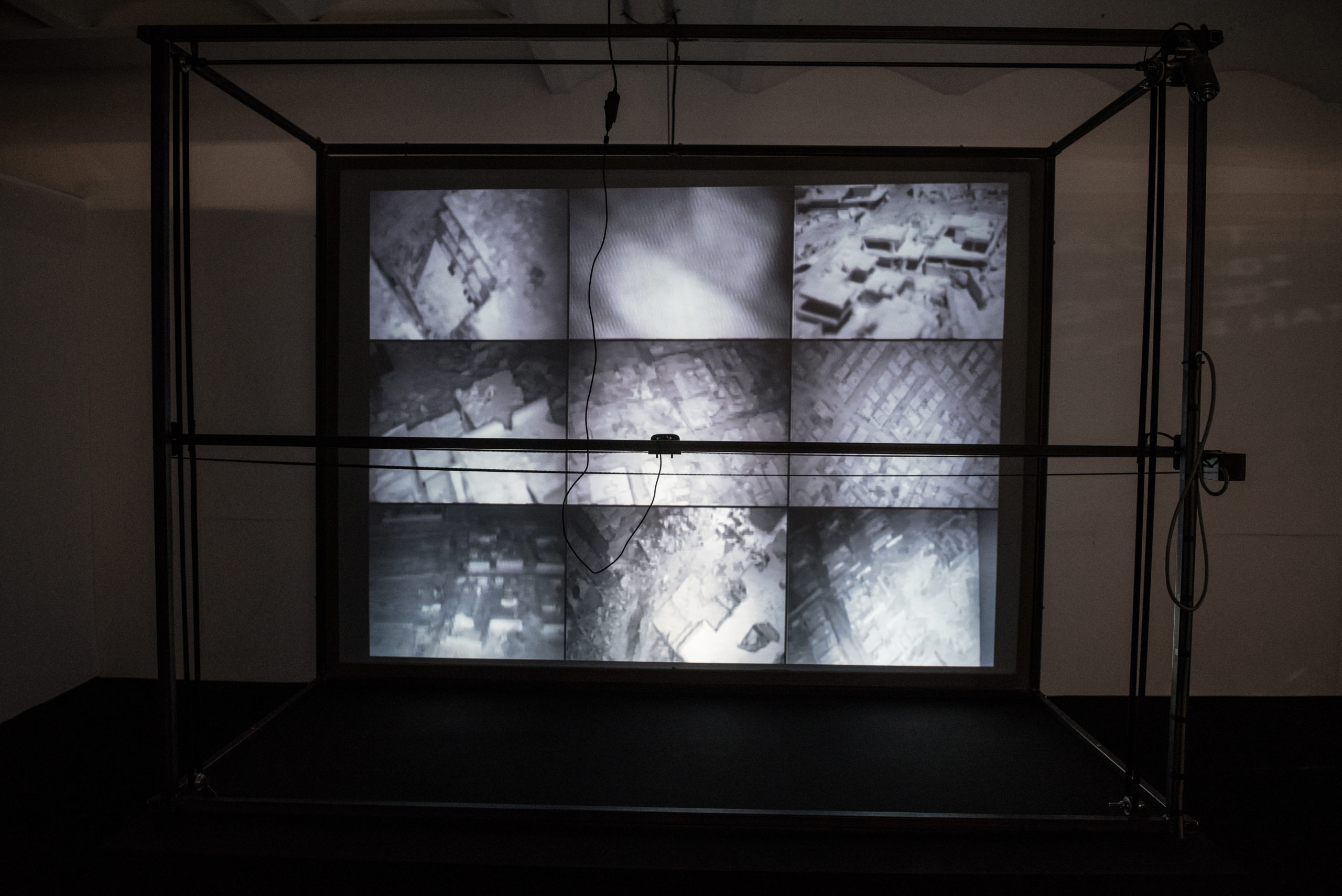 Automatique War is a science-fiction installation on the general automation and filming of our contemporary wars.

Born in Nantes in 1968, Alain Josseau lives and works in Toulouse. For around a decade, he has worked on the theme of modern warfare and the imagery thereof, particularly the surveillance and bombardments carried out by drones in conflict zones. His installations are a reflection on modern warfare, its coverage in the media, and what both simulation and simulacrum in this context put at stake.

Work produced within the framework of the Chroniques production platform, supported by the Région Sud, coordinated by Seconde Nature and ZINC.